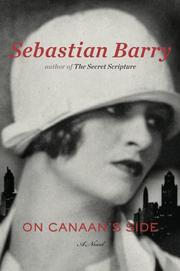 A masterful novel filled with the bittersweet ruminations of an 89-year-old woman as she reflects on her rich life while contemplating death.

The latest from the award-winning Irish novelist (The Secret Scripture, 2008, etc.) and playwright takes the form of a first-person narrative by Lilly Bere, who has lived most of her life in America since emigrating from Ireland in the wake of World War I, after she and her fiancé were targeted by the IRA. Lilly largely recounts her life through the men who have defined it: the father who raised her, the fiancé whom she followed into exile, the mysterious American husband who wooed her after her fiancé’s murder, the son who became a walking casualty of war, the grandson she mourns over the 17 days that provide the novel with its structure, the present from which her memory takes flight. Surprises abound, as the novel proceeds from the intimacy of a bereaved woman’s recollections to a meditation on life, death, identity and America that achieves an epic scope and philosophical depth. It also sustains a page-turning momentum, leaving the reader in suspense until the very end whether this novel is an extended suicide note, a confession or an affirmation of life’s blessings and embrace of its contradictions, as those various strains show the possibility of becoming one. As Lilly writes, “I am dwelling on things I love, even if a measure of tragedy is stitched into everything, if you follow the thread long enough.” She finds her experience and identity profoundly shaped by America, a prism that puts her native Ireland in fresh perspective: “People love Ireland because they can never know it, like a partner in a successful marriage.” Through her extended contemplation of “the gift of life, oftentimes so difficult to accept, the horse whose teeth we are often so inclined to inspect,” Lilly reveals herself to be a woman of uncommon sense and boundless compassion.

A novel to be savored.