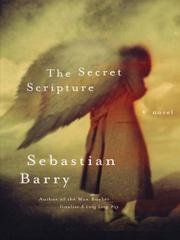 A subtle study of psychology, religion, family and politics in Ireland.

This is not, as the title might suggest, another Da Vinci Code clone. Barry (A Long Long Way, 2005, etc.) writes vigorously and passionately about his native land. The story is told antiphonally, alternating narratives between a secret journal (hidden beneath the floorboard) kept by Roseanne McNulty, a patient in a mental hospital, and the “Commonplace Book” of her psychiatrist Dr. Grene, who’s dealing with serious issues of grief after the death of his wife. Roseanne has always been something of an outsider, her father a cemetery-keeper and rat-catcher but most importantly a Protestant in a land largely hostile to this religious orientation. Although Roseanne remembers a happy childhood, in which she was the proverbial apple of her father’s eye, he becomes involved in the political and military entanglements of Irish political life. When Roseanne grows up, she becomes the wife of Tom McNulty, but through a series of misunderstandings—as well as through the machinations of the grim-faced and soul-destroying priest, Fr. Gaunt—she is as good as accused (though falsely) of adultery with the son of a political rebel. Out of malice toward Protestants as well as out of a misplaced moral absolutism, Fr. Gaunt has her marriage annulled—and, using nymphomania to explain her “condition,” has her locked up in the asylum. Dr. Grene gets interested in her story as well as her history, and in tracking down her past he finds a secret that she has kept hidden for many years, a secret that affects them both and that intertwines their families. In a final assessment of Roseanne—after she’s spent decades in the asylum—Dr. Grene determines that she is “blameless.” She responds: “‘Blameless? I hardly think that is given to any mortal being.’” Indeed, blamelessness is a state no one achieves in this novel.

Barry beautifully braids together the convoluted threads of his narrative.