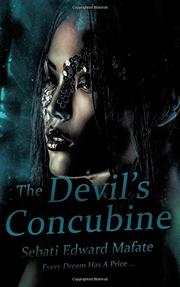 A Haitian-born man learns that making it in the cutthroat American music industry may require black magic and blood sacrifice in Mafate’s (When the Cobra Strikes, 2012, etc.) thriller.

When 16-year-old Raymond Pata immigrated to the United States from Haiti, he had aspirations for stardom. At 24, he finally decides to move to California in pursuit of a music career. His mother, Jean Pata, who’s built a successful cleaning business, refuses to support Raymond’s endeavor since he dropped out of college. So Raymond, on his own in California, takes a dubious gig driving stolen luxury cars. But even with his talent and musical equipment, breaking into the music biz seems unachievable. As per his mother’s recommendation, Raymond sees Baba Brima, a powerful witch doctor who can put him closer to fame. Brima performs a ritual that requires that Raymond appease gods with a blood sacrifice—committing a handful of murders to ensure the success of his band, The Rhythm Makers. This sparks serious media attention as authorities, linking the murders by their ritualistic aspect, hunt a serial killer. But it’s a mysterious, alluring woman who flusters Raymond. Following their initial encounter, she vanishes, and his obsession with her could ultimately be his downfall. Mafate’s novel originated as a screenplay, which is evident from the story’s myriad scenes of dialogue and minimal action. But the well-devised dialogue propels the story and provides seamless background. Though Raymond’s later homicidal acts significantly curtail any sympathy readers may feel for him, Mafate doesn’t glamorize the murders. Furthermore, references to African deities such as Nana Buluku and Mawu are respectful; whatever deeds a believer such as Raymond commits are on the individual, not the religion. Supernatural elements crop up in the final act, but like much of the preceding story, they’re shrewdly understated.

An effectively told, low-key tale of an arduous, sometimes-frightening road to fame.