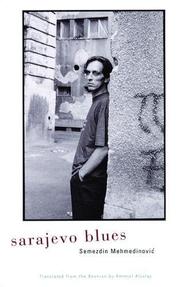 A potent collection of more than 60 narrative, meditative, and verse fragments depicting Sarajevo under Serbian siege during the recent war in what was once Yugoslavia. First published in 1992, Mehmedinovic’s ironical homage to his homeland (he now lives in the US) stirs together in an exhilarating blend observations of chaotic street-scenes (“Looted Stores,” “Wounded Parks”), blunt criticisms of both Serbian oppressors and “the intellectuals who kept quiet,” an impressionistic autobiography, and several superb poems (especially “Tunnel” and “Dates”). A mixed success, but on balance a convincing vision of an embattled, defiant society and sensibility.