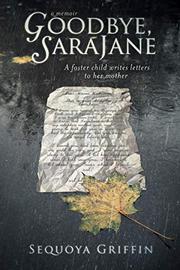 A Foster Child Writes Letters to Her Mother

A girl chronicles her harrowing journey through the American foster and adoption system.

Novelist Griffin expresses an enduring love for her birth mother, Katherine, who was forced to give up her children in 2000, when the author was just 10. In a series of letters with commentary, Griffin attempts to catch her mother up on her formative years, when she was shuffled from one unhappy foster-family experience to another. An illuminating chapter familiarizes readers with Katherine herself—a woman who was brought up in a religious family and who ultimately succumbed to drug addiction when Griffin was a child. This biographical section is pivotal and informative, forming a foundation for the later story. The author’s tone is notably gracious and heartfelt and never accusatory, embittered, or resentful. Instead, Griffin writes earnestly in delicately detailed, chronological episodes. While living with her first foster family, she was mistreated, she says, and found herself in a constant state of “uncertainty, anger, and depression.” Child Protective Services removed Griffin and her siblings from that home and placed them in different, crowded houses, filled with other, unsupervised kids who abused them. When Griffin and her family members were all finally adopted by a family from upstate New York, their heartbreaking cross-country journey from Nevada presaged great homesickness and jarring changes for which they weren’t mentally or physically prepared. The new family’s son punched Griffin in the face immediately upon meeting her, and the adoptive mother despised the author’s temperamental attitude.

Years of violent aggression between the adoptive family and Griffin’s siblings followed, the author says. The strict, churchgoing adoptive mother decided to change all of the siblings’ names; Griffin’s became “SaraJane.” She also forced all of the children to be baptized. The author writes of various fear tactics and mind games that Griffin and her brothers and sisters had to deal with while living in their new home. By the time the author became a teenager, her animosity for her adoptive mother had risen to violent levels, and investigations of the household by social workers became frequent. The author struggled to overcome the fear and shame that her adoption experience had instilled in her. Griffin has a distinct talent for expressive prose and exacting detail. However, this can make for difficult reading, particularly during the foster-care years, when her experiences were so challenging and melancholy. She concludes her memoir with a series of dramatic foster-care–related statistics and one final missive to her birth mother about her advocacy for foster children and their parents through a new venture called Katherine’s Place. Although there isn’t much uplifting material in this remembrance of childhood trauma, there is a sense of forgiveness and inner peace, particularly in a late account of the author’s reconnection with her biological father, Stanford. This feeling of empathy and resolution ends the book on a particularly poignant note.

A searing, authentic journey into and out of a broken family situation.