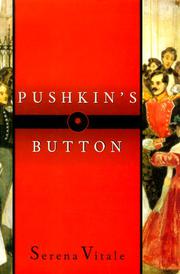 An Italian scholar’s unorthodox take on the events leading to Pushkin’s fatal duel reads like impassioned fiction. On January 27, 1837, one of Russia’s greatest poets, Alexander Pushkin, died as the result of a wound inflicted during a duel he—d fought to defend his wife’s honor. His opponent was none other than his sister-in-law’s husband, Georges d’Anthes, a French officer. Readers will recognize telltale signs in Vitale’s (Russian/Univ. of Pavia, Italy) narrative of the typically massive Russian novel: the cast of thousands (here enumerated in a 24-page “Index of Names”) and the story’s soap-opera-like overtones. Combining her own research with information gleaned from secondary literature and the memoirs and letters of Pushkin’s contemporaries, this account brims with humor, drama, scholarly insight, and a breathless conversational tone, hinting of espresso and cigarette smoke wafting in a cafe corner. Vitale’s approach, however, is not for everyone. The duel occurs some 242 pages into the text. Chapter titles, like the title of the book, are more poetic than informative. And the facts are often conveyed repetitiously. Still, the drawbacks seem finally beside the point, for Vitale brings to life the drama of Pushkin’s end, from the state of the poet “whose frenzied jealousy was known to all,” to the doings of his flirtatious wife and the royal court, Pushkin’s strained relations with the tsar, and the bizarre case of d’Anthes’s adoption by a Dutch ambassador and his affairs with the women of St. Petersburg. Also, the author eagerly takes up her role as detective, investigating d’Anthes’s circumstances, his opinion of Pushkin’s wife, and the circulated letter that provoked the duel. With its unabashed love of intrigue and nuance, Vitale’s unusual chronicle of Pushkin’s final days will appeal to any lover of Russian literature, history, and culture.