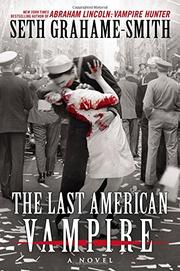 Keeping in mind that Grahame-Smith was responsible for the screenplay of his first Lincoln book's awful film adaptation, this sequel is still better than his more gimmicky offerings (see: Pride and Prejudice and Zombies, 2009). That said, it pretty much offers much, much more of the same. As before, Grahame-Smith is supposedly writing about the secret adventures of Henry Sturges, a vampire who is finally revealing his tale. Henry’s story picks up the night of Lincoln’s assassination, as Henry turns Lincoln into a vampire in order to save him but loses him in the end. Later, Henry is told by Adam Plantagenet, a founder of the Union of Vampires, to seek out a mysterious “A. Grander VIII,” the monsters’ greatest threat and a figure from Henry’s past. Mostly, Grahame-Smith creates excuses over and over to mash up cool characters from history. In London, Henry stalks Jack the Ripper in the company of Bram Stoker and Arthur Conan Doyle. Remember when Nikola Tesla killed Rasputin with his secret death ray? (OK, that part was pretty cool.) These tales of twisted history are even accompanied by historical photographs, either altered or repurposed to serve the tale. When Lincoln resurfaces later, the old friends team up with Eliot Ness and his Untouchables, not to mention that fight to the death with the book’s villain on the decks of the Hindenburg. There’s an overarching plot about a long-term conspiracy—imagine one of James Ellroy’s novels shot through with a healthy dose of George Romero and you’re just about there—but readers who are jazzed by American vampire history probably don’t need the literary denouement anyway.

A rather thrilling adventure spun off from a throwaway joke.