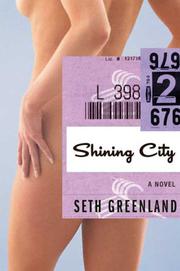 Rarely do novels that are so ruthlessly satiric have such a warm heart.

In his second novel on the mores of Los Angeles (The Bones, 2005), playwright and screenwriter Greenland achieves a deft balance between the preposterous and the plausible, recognizing that what often seems like the former to the rest of the country is business as usual in the land of show biz and breast implants. The prologue launches the narrative with a comic death, as a fat man emerges from a hot tub with two prostitutes, after performing “an aquatic Kama Sutra,” and suffers a fatal heart attack. The novel then shifts to his younger brother Marcus, who seems to be almost as much of a saint as his brother was a sinner, and who has been estranged from his brother for years. Yet virtue plainly hasn’t proven to be its own reward for Marcus, whose wife has no interest in having sex with him, and who owes his livelihood to a boyhood friend whose avaricious instincts have made him extremely wealthy. Like a good news/bad news joke, Marcus receives the word that his employer is shifting its manufacturing to China, just as he learns that his brother has died and left him his dry-cleaning business. Yet this isn’t just any dry-cleaning business, for the Shining City is a front for one of the leading escort services in West Hollywood, thus turning Marcus into a most unlikely pimp. The comedy intensifies as Marcus stops hiding his new occupation and learns how eager family and friends are to participate in the enterprise, since prostitution isn’t really that much of a departure from the values by which so many of them support themselves and lead their lives.

One character’s adage that “[t]he world is made up of masters and slaves” proves hilariously prophetic in this novel about a “Family-values” pimp.