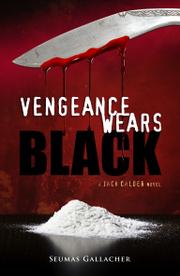 The shadow of organized crime spreads across Europe in this dark tale of vast criminal intrigue.

In this thriller, the multinational action is centered on London, although mayhem follows mayhem from city to city. Illicit drugs and sex are the treasures at stake, as gangsters aligned mostly by country or ethnicity fight a pitched battle that features atrocities galore: A grenade bombing in a restaurant, a double assassination at Heathrow Airport and warehouse massacres. The bloody war is about control of black-market commercial activity, specifically narcotics out of Afghanistan and young women from Eastern Europe. There are good guys in all the gloom, though; if the novel has a central character, it’s Jules Townsend, who co-captains a private security firm that’s on the right side, even though they aren’t above the law. Trouble is, there are no limits to just how low the crime cartels will go, so Townsend and his cohorts must sometimes stoop to the level of the outlaws if they want to have any impact. Every warrior—both the black hats and white hats, mercenaries and merchants from the Balkans, Copenhagen, Istanbul and Krakow—becomes numb to the carnage; the bloodthirstiness knows no bounds. “The Chinese are capable of crazy things,” notes one Russian character. So, it seems, is everyone else. There are a bit too many characters here for one novel, and the plot can get tangled with so many storylines, but the international scope makes for a large, intriguing playground to see criminals at work. Vengeance carries a price, they learn, regardless of which passport you carry.