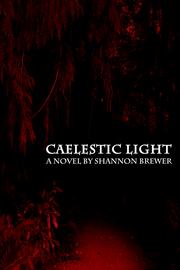 In Brewer’s debut novel, a young woman takes a journey into her mysterious past.

On the outside, Alora is a typical about-to-be high school senior, with a healthy interest in fashion, friends and boys. But on the inside, there’s a lot more going on, some of which is so bizarre that she doesn’t even know how to explain it to her best friend Tanya. One the one hand, she’s struggling with her feelings for her handsome childhood friend, Hayden. He only has eyes for Alora and would like nothing more than for their relationship to develop further. But not wanting to enter into something that may ruin their friendship, Alora struggles to temper her passion for Hayden while attempting, as best she can, to keep their relationship platonic. But before long, her conflicting feelings for Hayden become the least of her worries. She’s already troubled by recurring nightmares in which she is a baby, with a woman she thinks may be her mother, fleeing an unknown enemy, but soon realizes that these dreams are eerily connected to her waking life. While maintaining her sanity, she must figure out the meaning of the strange, powerful lights in the woods behind her home—lights that only she is able to see. She must also contend with the green-eyed hunk Riahn, who wants to protect her from the increasing number of strangers who insist on showing up in her life—most of whom seem to know more about Alora than she does. Soon she finds herself in the magical realms of Caelestic, and her questions will be answered—but they won’t be the answers she was expecting. Brewer has created a compelling combination of reality and fantasy where the characters, both human and otherworldly, are bestowed with unique gifts and flaws that make them either endearing or demonic. Alora is a likable adolescent heroine whose thoughtfulness and sense of humor are expressed clearly in both action and dialogue. The story’s pace is often intense and the suspense will keep the pages turning until the convoluted climax that nevertheless will have readers eagerly awaiting the next installment of Alora’s adventures.

With its swiftly moving plot and richly developed characters, Brewer’s debut is well worth the read.