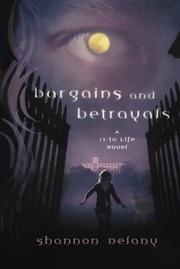 Volume three in the 13 to Life series begins in a mental asylum and ends with an unexpected burst of girl power.

Jessie's life is complicated: Her current boyfriend Pietr's a werewolf, her ex-boyfriend controls minds and her blood is a vital ingredient in the cure for lycanthropy. To top it all off, she's been thrown into a pseudo-Victorian mental institution of dubious legitimacy. The narrative, alternating between Jessie's point of view and that of Pietr’s human brother, leaves no point of drama unexploited. There are imprisoned mothers and battered girlfriends, Interpol and the Russian mob, drugged cafeteria food and zombie-golem-robot thugs. Jessie and her friends are determined to rescue Pietr’s mother from a shadowy organization that is probably not the CIA, but at what cost? It's not always clear what's going on, with prose so terse (one-to-two–sentence paragraphs are the norm) that vital information is often left unsaid. Still, all the players manage to come together for a final shootout that gives the girls an opportunity to get a small amount of their own vengeance—a brief moment of respite in the institutionalization, domestic violence, rape, medical experimentation and other constant violence against women that permeates Jessie's story.

New mysteries—Does the cure work? Why are teenagers exploding?—will keep Jessie's story going for at least one more volume.