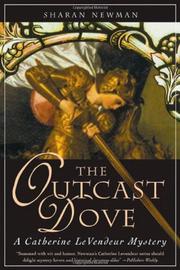 A merchant trader, Solomon gets along with Jews and Christians alike. But that ability is sorely tested when he embarks on a romantic mission to ransom Mayah, his friend Aaron Cohen’s fiancée. Captured by Christian soldiers, Mayah is being kept as a whore for Saracen laborers building a Spanish monastery. In Toulouse, Aaron, his Christian friends Arnald and Brother Victor, and Belide, a Jewish girl, conspire to rescue Mayah. When Brother Victor is killed delivering the ransom money, Solomon is brought into the conspiracy and agrees to accompany Aaron and Arnald to Spain. In the meantime, however, Solomon’s estranged father, the monk Brother James, né Jacob, investigates Brother Victor’s murder and prepares to leave for Spain as well to ransom captive knights. Among the ill-assorted pilgrims are an insane Christian servant and her Jewish patron and mercenary guards, one of them Solomon’s old enemy. Believe it or not, there are still more complications, murders, and martyrdoms along the way, but in the end Mayah is rescued, and Newman (Heresy, 2003) reveals that changing your religion can have dire consequences.

Complexity in characterization—not all Jews are good, not all Christians bad—and period detail serve Newman well, but the story bogs down in plot complications as mind-boggling and interminable as the Crusades.