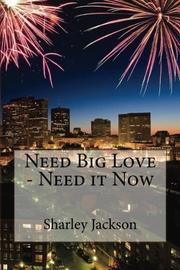 In this lively, candid memoir, an avid traveler and 30-something Aussie at first wants to find a man to love, later a woman instead, but ultimately wants to discover herself.

In her debut book, blogger Jackson appears to love drama, which is good, because her life is rich in it. She is most entertaining as she describes her many escapades, desires and disappointments. As a young girl, she wanted a love that was “silk and sky and sophisticated kindness,” but the Australian singer/social worker wasn’t finding it in her homeland. So the self-described “cheeky little red headed chubster” set her “love compass” toward the Americas for what she hoped would be a five-month passionate sabbatical. She flew from Brisbane to LA before arriving “smack bang in the middle of Brooklyn,” where she lived for two weeks on a Home Stay program as she explored “a haughtily glamorous Manhattan.” When she later joined a travel group that went to various must-see destinations, Jackson had a series of unrequited crushes on her tour guides—first the male ones, then on “girl-next door” Hannah. Jackson, who previously had relations with guys, struggled with her feelings for Hannah and with the idea of “coming out.” Hannah, however, was straight, so nothing ensued. Once home in Australia, Jackson quickly felt the need to travel again, this time to Asia. On that trip, she became besotted with a German traveler named Astrid. A friend told Jackson that her personal slogan should be “NEED BIG LOVE, NEED IT NOW!” and she desperately wanted that love with Astrid, who failed to reciprocate because, like Hannah, she too was straight. Jackson continued traveling to faraway places and having unsuccessful love relationships. Like her life, the memoir gets repetitive: travel, yearn for the wrong person, repeat. Eventually, her “thoughts zeroed in on one thing—a baby.” But multiple rounds of in vitro fertilization failed. She then found some pleasure through painting and mindfulness meditation. Ultimately, she says the “love that I was always seeking had to be found in me first. It was never out there.”

NOT THAT KIND OF GIRL
by Lena Dunham
Nonfiction

HOW TO BE A WOMAN
by Caitlin Moran
Newsletter sign-up