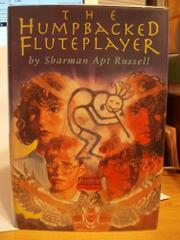 On a class field trip outside Phoenix, Arizona, May and Evan are swept into the area's mythological past when May touches a petroglyph of a flute-playing man. They find themselves in a world populated by six tribes, each distinguished by animal names and such magical powers as being able to bring rain or turn into owls. Becoming slaves to one tribe, the two befriend fellow child-slaves while laboring to harvest the fruits of the desert. The tribes battle but eventually try to work together; the children escape to find a power to shift them back into their own dimension. On its fantasy level, the adventure moves apace with elements of danger, fear, and violence (one slave is hamstrung to prevent escape). On the level suggested by the fluteplayer symbol—an exploration of Native American myth—the novel is bleak and perhaps misleading. In sharp contrast to the squalid search for sustenance and petty warring of these fictional tribes, the myths of the Papago, Hopi, and other tribes of this area are rich with life's joy and beauty. And neither May, who never expresses any yearning for her lost family, or Evan, homesick but unbelievably lacking in initiative for one so smart, develops into the kind of dynamic protagonist such a fantasy requires. (Fiction. 9-12)