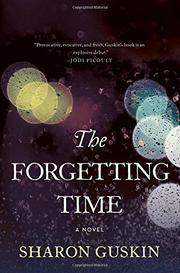 A single mom confronts the possibility that her troubled 4-year-old is the reincarnated spirit of a murdered child.

Thirty-nine-year-old Janie Zimmerman becomes pregnant after an interlude with a stranger while on vacation in Trinidad. Four years later, her son, Noah, is kicked out of preschool because he’s talking about guns, drowning, and the scary parts of the Harry Potter books. He constantly asks Janie if he can go home now and if his other mother is coming soon; he absolutely refuses to take a bath. Attempts to address this situation by visiting psychiatrists and specialists result only in draining Janie’s savings and in a tentative diagnosis of early-onset schizophrenia. In her desperation, she gets out a bottle of bourbon and Googles the words “help” and “another life.” She ends up watching a documentary featuring Dr. Jerome Anderson, "who for many decades has been studying young children who seem to recall details from previous lives.” But Anderson is having troubles of his own. Still staggering from the death of his wife one year earlier, he's been diagnosed with aphasia, a form of dementia that involves the gradual loss of language. Though his work has been jeered at by the scientific community, he's now written a book for the general public which has been accepted for publication by “one of the top editors in the field,” who requires only that he add one more compelling case history. His phone call from Janie Zimmerman will provide that opportunity, but will his mental faculties hold out long enough for the threesome to solve the mystery of Noah’s past? The novel includes many excerpts from a real book called Life Before Life: Children’s Memories of Previous Lives by Jim Tucker—these describe real-life cases of apparently transferred memories.

Guskin’s debut novel tells a sentimental story with a murder mystery at its core, and it's interesting even if you don’t go for the premise.