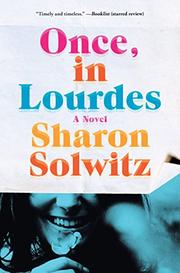 In the summer of 1968, four teenagers in the town of Lourdes, Michigan, make a suicide pact.

Kay’s mother committed suicide when Kay was 11, and Kay is 40 pounds overweight. Vera has a deformed hand and sleeps around. Saint moved to town from Detroit, where he was “rats-in-the-basement, trouble-paying-the-rent poor”; now his mother works as a maid and he flips burgers. CJ, the son of an Auschwitz survivor, likes to wear a dress. One afternoon in the park, this foursome interrupts their bridge game to make a suicide pact—in two weeks’ time, on Vera’s 17th birthday, they will leap from the bluff over the lake to their deaths. “With the Pledge, we might have seemed to be courting death, but it was also joy we were after. We wanted to feel our birthright, what we thought other, happier people felt—the sense of endless possibility, the world shimmering around us. To dance beneath the diamond sky.” Though they do manage to take in a baseball game and Kay loses 10 pounds in 10 days, generally things only get worse for the troubled teens during their fateful fortnight. Drugs, incest, physics exams, annoying parents, police brutality—and just when you think it can’t get any worse, a loaded gun shows up on the scene. Solwitz (Bloody Mary, 2003, etc.) may have dumped one complication too many into this uneven, unnerving, and unrealistic plot.

BLOOD AND MILK
by Sharon Solwitz

THE INTERESTINGS
by Meg Wolitzer
Fiction