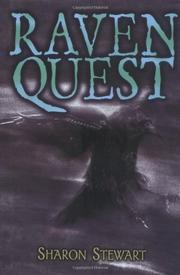 Tok the raven is a nobody, an outcast. His father disgraced and killed, Tok is left with no name, no claim on territory, only shame and rage. When accused of nest breaking and murder, he must flee, in hopes of performing some deed of valor for the good of the raven community that will restore his rightful place in their world. Tok sets off on a journey to find the legendary Grey Lords, the Singers, said to be ancient partners of the ravens; in a thrilling tale of adventure, he succeeds in his quest and is reunited with his mother and community, restoring an ancient bond between ravens and wolves. It is a credit to Stewart’s storytelling that the ending of a story about ravens and wolves can be as exciting, poignant and tearful as any realistic novel. Fans of Kenneth Oppel’s Silverwing (1997) will soar with Tok. (Fiction. 8-12)