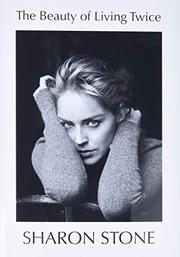 THE BEAUTY OF LIVING TWICE

The celebrated actor reflects on a life of success, activism, and cleansing self-discovery.

Stone (b. 1958) begins in the hospital in 2001, when a severe brain injury nearly ended her life. She then backtracks to her youth growing up with three siblings in the “snowbelt” of northwestern Pennsylvania. She excelled at school but distanced herself from an aloof, damaged mother, a woman who never had a chance “to imagine a life where she could be whatever she chose.” As a teenager, Stone waited tables while entering local beauty pageants, which led to Manhattan modeling jobs and a move to Hollywood in the early 1980s. The author breaks down her iconic roles in Basic Instinct and Casino. Regarding the controversial interrogation scene in the former, she writes, “there have been many points of view…but since I’m the one with the vagina in question, let me say: the other points of view are bullshit.” While sharing a host of madcap episodes throughout an eventful life, she also proudly describes her impressive “life of service,” her Buddhist faith, and the adoptions of three sons. She also contributes juicier stories about co-hosting the 2008 Cannes Film Festival with Madonna and the controversy that erupted following a stray comment to reporters. Stone then moves on to her “second life,” when she endured “the loss of all things we call dear,” including her father, marriage, health, and financial security. Though the memoir is unevenly, frenetically narrated, that will only deter readers unfamiliar with Stone’s persona. Delivering a barrage of self-reflective anecdotes, she is consistently candid, alternatingly tender and feisty, and always witty. In conclusion, Stone offers thoughts on wisdom, modesty, and vulnerability as well as some startling admissions about “being sexually abused throughout my life.” Encouragingly, Stone has reconciled with her mother. “Today,” she writes, “my mother and I are at the beginning of our relationship.”

Fans will blissfully revel in the intimate if restlessly delivered details in this perceptive memoir.