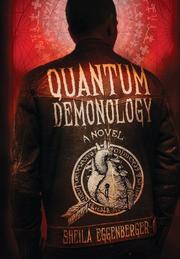 In Eggenberger’s debut novel, an aging heavy-metal music fan and aspiring writer sells her soul to the devil and finds there’s a lot more to life than good and evil.

The novel’s unnamed, Scandinavian narrator has long enjoyed the freedom of being an unattached, self-described “nympho slut” and “metalhead.” However, she struggles to find time to write between shifts at her day job, and as she approaches her 47th birthday, she begins to worry that her writing career may never take off the way she’d planned and that her steady stream of young one-night stands may soon dry up. One day, as she steals a few hours to write in a Copenhagen coffee shop, a dead ringer for her favorite metal musician approaches her. She recognizes him, not as the rock icon he resembles, but as the devil himself. He offers her the promise of the writing career—and love life—she’s always dreamed of in exchange for her soul, but she’s reluctant. The devil is not accustomed to hearing “no,” and so he instead persuades her to help him destroy his wife, the biblical Lilith, before she destroys the world. As the tough-as-nails narrator’s sultry romance with the devil begins and her writing career skyrockets toward celebrity status, she finds that the real world is a lot more nuanced than the one purported by so-called moralists. The novel has distinct, well-developed feminist undertones and proves to be about much more than a powerful woman destroying another powerful woman. Fans of the long-esteemed feminist heroine Lilith may be disappointed to see her as the villain here, but she proves to be an antagonist of Maleficent-esque proportions, and readers may be torn between fearing and loving her character. Feminist readers may also be pleased to see that the tomboy narrator ultimately finds camaraderie with a well-researched group of legendary women, including the Norse goddess, Freya, and her handmaiden Fulla.