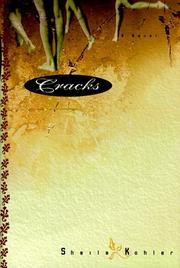 A school reunion brings back a lot more than happy memories of adolescence, in Kohler’s (The House on R Street, 1994, etc.) eerie, elliptical masterpiece set in a South African boarding school in the early 1960s. School reunions inevitably dredge up much that might be better left decently buried, but they are an irresistible rite of passage, especially if you spent your school years not merely studying with your classmates but living with them as well. When a dozen girls in South Africa receive an urgent summons from their old headmistress to return to the Transvaal school they left years ago, they arrive dutifully and with some foreboding—only to learn that developers want to tear the place down and subdivide the grounds for new housing. Somehow this comes as a relief to most of them, although they—re too polite to say as much out loud. All of the 12 were close friends brought together on the swimming team, but there’s one face missing: Fiamma, the Italian girl who disappeared mysteriously during a hiking trip at the end of term and was never heard from again. Gradually, we—re given flashbacks that portray the strange aura of Fiamma, the daughter of an Italian prince and the most beautiful and exotic creature any of the other girls—or their teachers—had ever seen. As we get more familiar with each of the 12—intellectual Ann, bohemian Fuzzie, athletic Di, woebegone Meg—it becomes clear that their resentment of Fiamma went far beyond the usual teenage intolerance for the foreign and unusual: it amounted to a kind of personal vendetta against someone who represented everything they feared (and hoped) they might become. The mystery is unfolded slowly but credibly, and its ending manages both to surprise and satisfy. First-rate psychological suspense, in the tradition of The Children’s Hour, played out flawlessly and well by a real master of narrative.