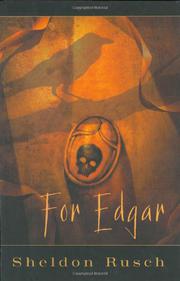 The clues to the location of the first corpse were so obvious a five-year-old could have spotted them, and in fact it was a kindergarten pupil who found the handmade gold scarab and the skull nailed to a tree trunk that led Special Agent Elizabeth Taylor Hewitt to Brandi Kaczmarek’s remains. Even before the discovery of a second victim walled up with a one-eyed black cat, Hewitt’s already noticed the initial homage to “The Gold Bug.” Her conviction that the killer is surely bent on restaging other Poe tales—“Berenice”? “The Fall of the House of Usher”? “The Cask of Amontillado”?—sends her to Scott Gregory, who once doubled as her professor and lover. Though both are haunted by their own ghosts—Gregory is recently widowed, Hewitt still affected by her college roommate’s suicide—they bond over the killings, and soon enough Hewitt is racing like a Jeffery Deaver heroine to save first another potential victim and then Gregory from certain death. The concept and plot are as predictable as a slasher film. What’s new is the ghoulish care in recreating canonical nightmares, the re-infusion of the sex and psychosis the original stories left implicit and a willingness to risk overripe prose worthy of Poe.

A startlingly effective debut, and an obvious candidate for its own Edgar.