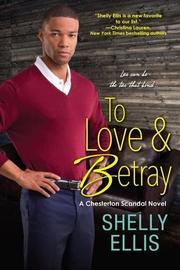 When a wealthy African-American businessman is accused of trying to kill his troublemaking half brother, it throws his family off balance as they try to prove his innocence and save their company.

Evan Murdoch is thrown in jail on attempted murder charges even though it’s obvious his half brother, Dante Turner, is lying as to who tried to kill him. As Evan waits for bail, Dante tries to coerce Evan’s fiancee, Leila, into having sex with him by telling her he’ll drop the charges if she does. Thankfully Leila doesn’t go too far, realizing he just wants to hurt Evan. Meanwhile, Evan’s sister, Paulette, is concerned that her son may not be her husband’s, and their brother Terrence is engaged to C. J., a newspaper reporter. Evan’s soon-to-be ex-wife, Charisse, continues to vie for his attention. So when she has information that will likely exonerate him, it sends Leila into a jealous fit. Paulette finds the perfect nanny, and Terrence gets a surprise on his doorstep that may drive C. J. away. Talented author Ellis continues the soap-operatic lives of the Murdoch family (Lust & Loyalty, 2017, etc.) to mixed results. As Evan notes, “Unrest and upheaval were painful and consistent realities for the Murdochs. They couldn’t get away from it!” Except that the Murdoch characters, who are ostensibly good, intelligent people, do and say the exact wrong thing at every possible turn. And Dante, who’s a jerk but is supposed to at least be smart, evidently isn’t. Background checks? Communication? Fidelity? Not in the Murdoch repertoire. Kicking out your teen daughter who's dealing drugs? Not seeking treatment when you’re clearly hooked on oxy? Obviously not in Dante’s toolbox. Furthermore, much of the dramatic tension blows up and dissipates almost immediately, so it feels like we’re careening from strife to tumult without buildup or character growth.

An interesting melodramatic setup is undermined by the characters’ disappointing and head-scratching choices.