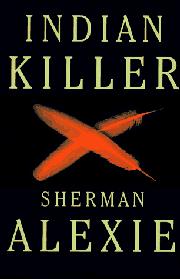 A terrific second novel by the talented young Native American author whose highly praised fiction (The Lone Ranger and Tonto Fistfight in Heaven, 1993; Reservation Blues, 1995) has already moved him on to the short list of the country's best young writers. It's a rich, panoramic portrayal of contemporary Seattle that uses the form of the mystery to tell some uncomfortable home truths about Indian-white relations, and indeed racism in all its forms. Alexie begins by focusing on the ironically named John Smith, who was either given up for adoption by, or stolen away from, his teenaged Indian mother. He is raised by loving and conscientious white "parents'' and finds himself in traumatized adulthood "an Indian without a tribe,'' a misfit who belongs to no culture, wandering the streets among the city's homeless, seeking an outlet for the unfocused rage he knows he can no longer suppress. Is John Smith the "Indian killer'' who stalks and murders white men, scalping them for good measure, terrorizing the city and provoking a rash of racially motivated violence? Alexie teases us with that possibility right up to the last page, meanwhile populating his exciting story with a host of keenly observed and rigorously analyzed characters. The most memorable include Marie Polatkin, a fiery Native American college student and activist with no use for sentimental white liberals; Jack Wilson, an ex-cop turned popular novelist, whose exploration (and exploitation) of a small trace of "Indian blood'' in his ancestry infuriates his full-blooded "brothers''; and John Smith's adoptive parents, Olivia and Daniel, whose decency and good will are portrayed with fairness and respect. Alexie succeeds brilliantly at suggesting the time- bombticking character of John Smith's ravaged psyche, and the novel rips along at a breathless pace. Both a splendidly constructed and wonderfully readable thriller—and a haunting, challenging articulation of the plight and the pride of contemporary Native Americans. (First printing of 75,000; $75,000 ad/promo; author tour)