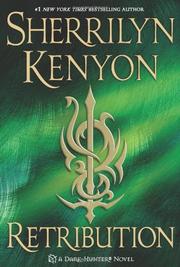 Love redeems (again) in the latest installment of the Dark-Hunter series (No Mercy, 2010, etc.).

In 1873, outlaw William Jessup Brady vowed to go straight after he married Matilda Aponi, but his treacherous partner Bart shot Jess in the back at the very steps of the church—and raped Matilda to boot. The goddess Artemis gave Jess the chance to revenge himself on Bart; in exchange, he surrendered his soul and joined her army of undead Dark-Hunters, who protect humans from the soul-stealing Apollites. In the present day, Abigail Yager, descendant of Matilda and Bart, believes that Jess slaughtered her parents and that Dark-Hunters attack innocent Apollites and humans without provocation. She soon learns she’s wrong about both assumptions, but not before she inadvertently initiates an apocalypse. The colorful, intriguing mythology is ill served by the author’s flat prose, which turns the world’s potential doom into a fairly dull experience. The central romance is of the tell-not-show variety: Abigail’s been brainwashed into hating Jess and his kind, but she rejects her upbringing and falls in love and lust with him with almost no transition. Although their incredibly contrived love is supposed to transcend time and space, there’s just not enough emotional investment in the relationship to have the strength it needs to carry the story. Even those looking for cheap thrills won’t be satisfied—there’s only one sex scene and it’s not nearly as steamy as the author and her characters seem to think it is. Legions of fans make this paranormal romance’s myriad flaws nearly irrelevant.