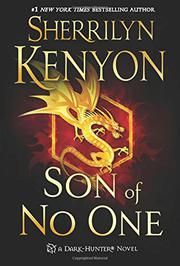 SON OF NO ONE

When skeptical Josette Landry is hired to do camerawork for a paranormal reality TV show, she's forced to reassess her idea of reality.

Jo has spent her life following the rules, but it hasn't done much for her: Divorcing her cheating husband wiped out her savings, she just lost her job, and her house is in foreclosure. So when her beloved but batty cousin offers her a job filming a haunted New Orleans mansion, she jumps at the chance. Jo knows all her family’s supernatural craziness is ridiculous. Apparently, though, not believing in the paranormal doesn’t make it untrue, since Jo doesn’t even have time to set up her equipment before she’s sucked into a gloomy otherworld where creepy malevolent creatures attack her. Convinced she’s met her doom, she's stunned when a medieval Welsh knight comes to her rescue, fighting off the monsters then whisking her off to his oddly cozy lair in the otherwise eerie realm. Cadegan has been trapped in a preternatural prison for a thousand years, betrayed by the one person he thought he could trust and banished from human connection. Still, when Jo falls into his cursed domain, he will do everything he can to keep her safe and send her back home, even if it means an eternity of misery. When Jo refuses to leave without him, he begins to hope for a bright future, if he can bring himself to trust the woman he’s falling for and who could destroy him forever. Paranormal romance novelist Kenyon continues her Dark-Hunters series, pairing Jo, a courageous modern woman, with Cadegan, an ancient wounded warrior. Engaging and creative, the story unfolds through Kenyon’s fast-paced narration and quirky characters, though it's handled with a light gloss that might disappoint readers looking for more depth.

A diverting paranormal romance that's less edgy than it seems to want to be.