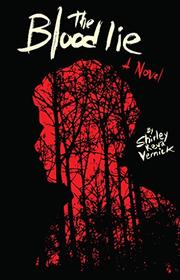 When little Daisy Durham disappears, an innocent Jewish boy is called a murderer.

In upstate New York in 1928, 16-year-old Jack Pool knows there’s no hope for a romance with beautiful Emaline Durham, Daisy’s older sister. They inhabit different worlds, and the gold crucifix she wears stands between them “like an electrified fence, all glittery and metallic.” Jack is Jewish, and Daisy’s disappearance sparks an ugly episode of prejudice and intolerance in the little town of Massena. Flames of prejudice are fanned by local bigot Gus Poulos, who spreads age-old tales of the blood lie and how Daisy was probably sacrificed, her blood used in mysterious Jewish rituals. But Gus has personal reasons for inflaming passions and involving the police, and things get out of hand when Jewish-owned businesses are searched, the temple is raided and someone kills all of the Pool family chickens. Based on an actual incident in Massena in 1928, the slim novel effectively mines layers of ignorance, fear, intolerance and manipulation, and it connects the incident to Henry Ford’s anti-Semitic writing and to the lynching of Jewish businessman Leo Frank in 1915.