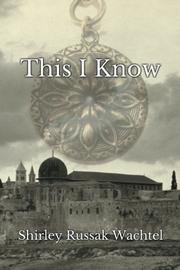 Searching for answers about her mother’s past, a woman visits a psychic and an uncle she barely knows in this literary novel.

In 2010, an Orthodox Jewish woman visits the Manhattan consulting room of psychic Jennifer Rose, once Rosetti. Ever since her mother Rebecca’s death, Ora Neumann, 61, has been sunk in depression and desperately needs to hear her mother’s voice again, although her religion and her husband forbid trafficking with the occult. But she’s disappointed by the session and waits another two years to open her mother’s jewelry box, afraid of its possible secrets. The contents lead Ora to Uncle Henry, 87, whom she remembers only hazily. From him, she slowly extracts her mother’s story. Born in Poland, Rebecca, her brothers, and her fiancé, Shmuel, escaped to America before World War II; Rebecca’s school friend Tsipora “Tsipi” Greenstein stayed behind and survived the Holocaust. In 1947, Rebecca and her now-husband Shmuel, together with Henry and his co-worker Max, visit the thriving Kibbutz Tzofim in Palestine, where Tsipi now lives. Rebecca loves kibbutz life and stays on for a time when Shmuel returns to America and his job as Tsipi and Max begin a romance. Tsipi reveals that the kibbutz shelters a hidden munitions factory turning out bullets for the upcoming war of independence. Other revelations from Henry provide Ora with a new understanding of her mother that finally gives her peace, as she reports in a letter to the psychic. Wachtel (Three for a Dollar, 2017, etc.) taps into the near-universal longing to understand one’s roots. Together with the well-described historical settings, this lends urgency to the book. The book’s lyrical tone, however, can feel overcooked, especially since it’s employed, implausibly, by every character: “Freed, her red auburn ringlets threw sparks into the night air as Tsipi took one last glance up at the moon, as if the two possessed some long-held secret.”

An overwrought exploration of family and history.