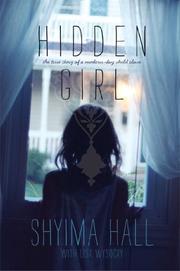 The True Story of a Modern-Day Child Slave

by Shyima Hall with Lisa Wysocky

This memoir of modern domestic slavery ends with hope and determination, as young author Hall (born Shyima El-Sayed Hassan) is “one of the fortunate 2 percent” to be freed from servitude.

Shyima’s childhood in Egypt ends when her parents are blackmailed into turning over their 8-year-old daughter to a wealthy couple. Every day, Shyima cleans the five-story house and the 17-car garage, “standing on a stool doing the dishes” because she’s too tiny to reach the sink. When she’s 10, Shyima’s captors move to California, illegally trafficking her into the U.S. After two more years of hard labor and increasing ill health, a worried neighbor calls the police, and Shyima’s journey into freedom begins. A chain of Muslim and Christian foster parents (some protective, others exploitative) leads her to become an anti-slavery activist. Unsurprisingly, Hall’s representations of Arab and Muslim men are filtered through her appalling experiences. Though she acknowledges misogyny “is not what the Muslim faith is about,” readers should expect to find depictions that hew closely to negative stereotypes. Those readers prepared to brave a dense, adult tome could move from Hall’s memoir to John Bowe’s Nobodies: Modern American Slave Labor and the Dark Side of the New Global Economy (2007) for a deeper look.