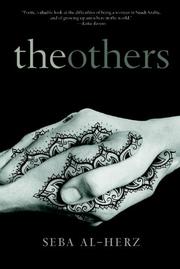 In the heavily Shi’ite town of Qatif, a nameless teenage girl is tortured by lesbian desires and the urgent pressure she feels to suppress them. The first-person narrator’s various lovers introduce her to an underground world of lesbian parties, secret rendezvous and subversive online flirtations. References to modern life, like air conditioners and Google, seem bizarre within the context of a society otherwise locked in a trenchantly traditional past. Many of the websites the narrator searches for are blocked, a striking reminder of how pervasively controlled Saudi life is. Employing very little dialogue (perhaps as a reminder of how voiceless women are in Saudi society), the pseudonymous author casts her lyrical prose almost exclusively in the form of her protagonist’s ruminations. The heartbreaking use of words like intoxicated, filth and shame demonstrate beyond any doubt that the narrator believes her behavior is deviant and must be kept secret. There are men in her life: an absent father, a dead brother, a handful of male friends, even male romantic interests. But the dominant characters are female, her mother as well as her lovers. Although the novel provides a fascinating look into the silent half of this closed society, foreign readers will wish the author had explained more about daily life as a Saudi woman: what it’s like to cover oneself in an abaya, how it feels to be separated from men in every aspect of daily existence, what they think of the daily “Death to America” radio broadcast from Iran. (Presumably the intended audience is fellow Saudi women who need no explanation of these quotidian elements.) In some ways, however, the lack of explanations makes the story more powerful. Despite the extreme circumstances, the protagonist’s journey of self-discovery and the questions she reflects upon have universal appeal.

Poetic, valuable look at the difficulties of being a woman in Saudi Arabia, and of growing up anywhere in the world.