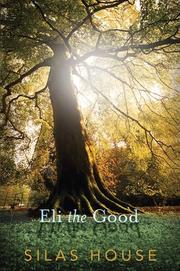 The summer of 1976 was when ten-year-old Eli Book first knew his father, when he “first saw the war inching its way beneath his skin, behind his eyes.” It was a summer destined for conflict, with his father home from Vietnam and suffering terrible nightmares that wrench him from his sleep and Eli’s Aunt Nell, a famous antiwar protestor, come to live with the family. It was a summer when family secrets rose to the surface and Eli began to see the world in a new light. As in any good Southern novel, it’s the well-drawn characters and rich setting—including the popular culture of the time (Laverne and Shirley, The Waltons, Bob Seger, Bob Dylan, Led Zeppelin)—that make this a memorable story. Though the prose is overwrought at times and House takes liberties with the conventions of point of view, it’s an important story about war’s hold on soldiers and their families. Readers will want to keep an eye out for future works by this talented writer. (Historical fiction. 12 & up)