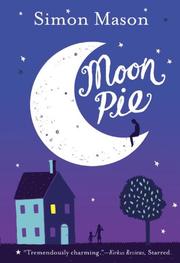 Eleven-year-old Martha Luna can’t stand it anymore. Her widowed father’s been acting strange in recent months—rather like a wild gibbon—and her 5-year-old brother Tug (“famous for eating and a trick he did with spit”) isn’t helping. It’s on the über-responsible Martha’s to-do list to “Check Dad (more than once, if necessary)”—but it takes a savvy outsider to help her see that her newly clownish, accident-prone father who rents pink limos and wakes her up for midnight picnics is not simply eccentric, but an alcoholic. Grandma (“scary in a well-spoken sort of way”) and Grandpa dutifully take care of the children while Dad’s in rehab, but sanity comes in the delightfully improbable form of a flamboyant, cross-dressing 12-year-old filmmaker named Marcus who offers Martha practical advice and starring roles in his speed films of “golden classics.” While the dialogue is realistic and rat-a-tat-tat quick, lyrical prose wends its way throughout, and Martha, in a sea of moods, compares the moon to everything from a stain to a bit of bone.

Love conquers all in this big-hearted and heartbreaking story of Martha, Tug and their errant father who, in time, stops acting like a wild gibbon and finds his way home.