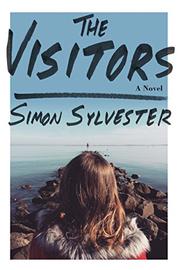 In Sylvester’s debut novel, myth and mystery collide on an isolated Scottish island when two strangers move in.

Flora can’t wait to escape from Bancree, a remote island barely sustaining its whisky trade. As she begins her final year of school, a father and daughter move into an abandoned cottage across the bay. Flora is drawn to dark-eyed John Dobie and his daughter, Ailsa, and the two girls soon become friends. Flora’s history teacher assigns a project about Scottish mythology that finds Flora collecting stories of selkies, human-seal hybrids who break the hearts of those who fall in love with them. Izzy, the local shennachie, a “storyteller of the oldest sort,” serves as one of her sources, and through her research and Izzy’s tales, Flora becomes obsessed with selkies and begins to wonder whether there might be truth to the old legends after all. Several local men go missing, including one of Flora's family friends. Have they wandered off while drinking, or could there be a supernatural explanation? Though billed as a mystery, the novel is much less a whodunit than a meditation on place, history, and progress. Sylvester’s descriptions of the dying town of Bancree and its wild shores add more than atmosphere. Like many modern teenagers, Flora feels like an outsider and can’t wait to leave for college, but the remote geography of the islands imbues the novel with an old-fashioned feel as well. While Flora’s voice doesn’t always sound authentically “teen-age girl,” her world-weariness seems to come from her acute awareness of not belonging. In the end, Sylvester’s biggest success is ambiguity. The mystery plot is clearly wrapped up, but the mythic echoes are allowed to resonate, making the reader question the line between story and truth.

Successfully explores the power of stories and storytelling across place and time.