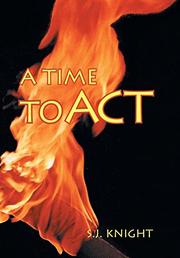 A Time To Act

A debut novel fleshes out one of the greatest stories ever told.

Jesus is the foundation on which the New Testament is built, and it is his life story that both initiates and fuels the Christian Bible. Yet there is an argument to be made that the Apostle Paul—even more than Jesus—is the motor that drives Christian Scripture. No one writes more books in the Bible, and no one else is more responsible for both interpreting and shaping the spiritual messages of the early Christian church. Yet readers know little of the life of this biblical figure beyond a few scraps, and so many tantalizing questions remain. Who was this dynamo? What was he like? What drove the man who drove the growth of early Christianity? These and other questions propel this fictional extrapolation of the life of Paul—a 600-plus-page opus that puts flesh on the Bible’s bare-bones biography of this hero of the first-century Christian church. Readers get a glimpse of the author’s method in his retelling of the Scriptures’ first mention of the young Paul. In the book of Acts, Paul is present at the stoning of the Apostle Stephen—often considered the Christian church’s first martyr. In Acts, Paul is little more than a footnote, a “young man” at whose feet the madding crowd dumps its coats. In this novel, however, Shaul (Paul) is the instigator, the one who brings charges against Stefanos (Stephen) and who heaves the first stone. When the others throw their garments down, they do so as “a token of protection, ritually and publicly attesting to the chief accuser’s truth.” This is a clever move—and an ingenious reading of Scripture—but it also makes the young Shaul the captain of his own fate. Throughout this story—and others Knight (A Time to Hear, 2016) makes from whole cloth—Paul is an intriguing, potent, thoughtful force of nature, and readers will likely find that they cannot avert their eyes. The author leavens his thickly textured account with equal parts invention and respect. And best of all, he is true to the biblical original without slipping into a too-slavish devotion. Knight’s talent dazzles but never blinds.

A devout yet deeply imaginative tale that focuses on the Apostle Paul.