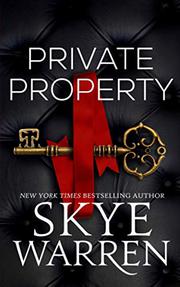 From the Rochester Trilogy series, volume 1

All Jane Mendoza wants is to help others. Not long out of high school, where she was valedictorian, she dreams of going to college to become a social worker. After the death of her beloved father, Jane was bounced through the Texas foster care system until she was 18 and then worked two jobs in Houston to make ends meet. A new opportunity to provide live-in care for Paige Rochester, a troubled first grader who’s also lost her parents, requires a move to Maine but will provide Jane with the funds she needs for her future. When she arrives at the Rochester estate on a stormy night, she immediately butts heads with Paige’s uncle Beau, a shipping magnate and former playboy who isn’t thrilled with his new role as Paige’s guardian or Jane’s presence as her nanny. Almost immediately, however, the sizzling shared chemistry between Jane and Beau is obvious to both of them, and a clandestine physical relationship ensues. As Jane forges an emotional connection with little Paige and struggles with feelings for her boss, she begins to realize that not all at the Rochester home is what it seems. Romance author Warren possesses a love for Charlotte Brontë’s 1847 classic that’s beautifully apparent throughout the book, from Jane’s explorations of the forbidden attic space to her breathtaking, weighted exchanges with the modern-day Mr. Rochester. Jane is a compelling heroine from beginning to end—a young woman with a wealth of real-world experience and a dream to make the world better for kids facing circumstances that she herself barely survived. Her relationship with Paige, always one step forward and two steps back, feels realistic and eventually quite rewarding, and her attraction to and frustration with Beau make the novel a page-turner. Some readers may wonder about the appropriateness of a boss-employee romance although Jane and Beau’s connection feels consensual.

An often engaging story with dark and sensual elements.