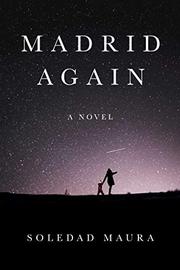 In the 1960s, Odilia falls for a man named Zimmerman after she attends one of his lectures in Madrid. She finds out that they were both raised in Spain, but the rest of Zimmerman’s background remains mysterious. Rumors suggest that he works for the CIA, partly because he spends considerable time in the United States. After a whirlwind courtship, he convinces Odilia to move with him to upstate New York, where she serves as his teaching assistant at a small college. They marry, and Odilia gives birth to Lola—the narrator, who later becomes a professor herself; she relates the story of her parents over the course of the novel. Soon after Lola’s birth, Zimmerman disappears. Lola and her mother live in small-town Vermont and then in Massachusetts, frequently visiting Odilia’s family in Spain. Lola struggles without a father figure: “I secretly hoped he was dead, because that was the only excuse that would justify the fact that he was not with us.” As an adult, she pieces together her family history—learning, for example, that her father was in fact a prominent anti-fascist and a member of the CIA’s Congress for Cultural Freedom. The depiction of Odilia’s background feels rushed, with quite a bit of summary, but the novel shines when Lola narrates her own life. Maura vividly captures Lola’s multifaceted childhood, as in this description of her grandmother’s kitchen, where the cook pummels veal cutlets with “the menacing blows of her large gray stone, shaped like a rather flat Idaho potato.” By comparison, New England, where the adults “seem sad” and “have cottage cheese for lunch,” feels bleak, indeed. There’s a well-crafted moment when Lola is on a flight to Spain, during which she clutches motion sickness bags, chews Dramamine pills, and resents the smell of “American brewed coffee…that wafted out of the airborne kitchenette.” It’s a stunning sequence that effectively dramatizes her conflicted feelings about the two countries she calls home.

A compelling and poignant journey of self-discovery that spans continents and generations.