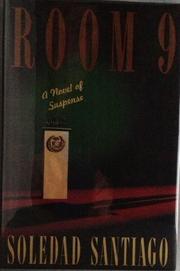 From Santiago (the paperback Undercover, 1988), the story of a mayor's administrative assistant who discovers the depth of corruption in N.Y.C. political life—and finds comfort in the arms of a dashing young Latino reporter. Marie Terranova, an attractive widow, has carved out a new life for herself following the death of her husband, an undercover policeman. Hired by the three-term New York mayor as his chief assistant, Marie thinks the mayor is Mister Clean. He's certainly never been anything but a gent to her. Her political reeducation begins when a disgraced, disfavored deputy mayor dives to his death from the window of his suspiciously expensive apartment. The deputy had been deeply involved in the construction of the city's new shelters for the homeless, which are going up in flames one by one. In packing up the late deputy's office, Marie begins inadvertently to collect evidence of municipal corruption on a grand scale. The pain of her awakening is eased a bit by her growing romance with sensationally handsome Raul Vega, a City Hall reporter who left scores of broken hearts when he quit the Miami Herald. Raul—who charms Marie's family, provides a superb role model for her son, and scratches her itch in ways the late Officer Terranova never did—is terribly keen to get to the bottom of the jerry-built shelter and suicidal deputy story, but Marie still believes in the boss—until she is kicked out of her office and out of the loop by the mayor's rotten chief henchperson. Then she gets mad. Steamy, slightly overwrought Andy Garcia vehicle offers fun for those who like to believe the worst about their friendly local politicians.