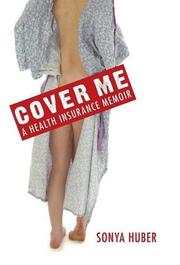 Growing up in the 1970s in a middle-class family, the author experienced a fairly uneventful childhood and adolescence—during which she was “laser focused” on academic success—marred only by occasional severe headaches. However, by her sophomore year in college, she began suffering from severe panic attacks and blackouts. Initially she rejected the medical recommendation that she take “a little blue pill” and turned instead to alternative medicine. Not only did she entrust her health to a “patchwork safety net of community health practitioners,” but after graduation she took paid work as a lobbyist for universal health care. Ironically the job did not come with health benefits, and she began a 13-year slide into poverty. With 11 gaps in health-insurance coverage, her health worsened, even though, when money permitted, she took antidepressants. During that time, she worked at a succession of jobs, including community organizer, reporter at a local newspaper, adjunct college lecturer and a freelance writer, earning two MFA degrees along the way. The author describes her life during those years as a “torrid and twisted love affair with health insurance.” By the time she was 33, she was married, although soon to be divorced, and the mother of a young child. The good news was that she had learned to game the public-health system and deal with insurance companies by using “a bit of logic and a bit of force.” In 2006, she accepted a full-time teaching job at Georgia Southern, a position that came with major health-insurance benefits. After a thorough medical examination, she learned that many of her health problems were caused by a malformed jaw and were treatable.

A harrowing though not uncommon story.