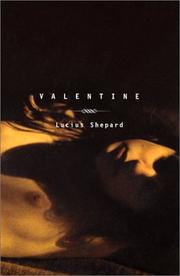 His penchant intact for turning familiar landscapes into alien zones, the newest from Shepard (Kalimantan, 1992; The Ends Of The Earth, 1991; etc.) offers a hurricane-tweaked vision of Florida, where two ex-lovers find themselves together again, free to do what comes naturally until the weather clears.

The hurricane in this case doesn’t damage anything in Piersall, the coastal town where journalist Russell and professor Kay independently seek refuge. It merely knocks out communications and roads, while dropping a curtain of fog around the place so that Kay and Russell can have some privacy. The two accept their fate readily enough, and after a six-year separation (due to Kay’s being married), they end their first walk together by frolicking naked in the warm, inexplicably calm Gulf waters. After that, though they change their accommodations twice in search of better ambience, the drill is essentially the same: ecstatic sex punctuated by walks and trips to Denny's. Joined below the hip and gazing soulfully into each other’s eyes, they return to their previous state of bliss, but also to the reality that separated them before. Kay is unhappily mated but feels obligated to stay with her husband even though she longs to be with Russell. As the halcyon days pass and their intimacy knows no bounds, however, the two begin to consider alternatives. When Russell, on an early-morning stroll, happens upon a couple of crackers fishing for “the big one,” they give him the advice he needs for breaking the impasse with Kay. By the time he and she take tender leave to resume life beyond Piersall, they have a happily-ever-after plan—yet months later, as Valentine’s Day draws near, the plan still remains to be acted on.