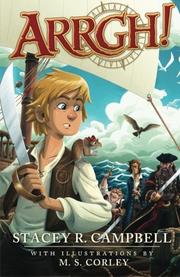 A high-seas middle-grade adventure about an orphan captured by pirates who befriends a talking mouse.

In her first middle-grade novel, Campbell (Whisper, 2014, etc.) tells the tale of Christopher, a 13-year-old boy who escapes the Norphan Home for Wayward Boys and falls into the clutches of two pirates named Boots and Stinky. After he overhears their plan to steal the merchant vessel Georgiana, they force him to accompany them aboard the ship. Boots convinces the Georgiana’s Capt. Hughes and his young daughter, Lucy, that the boy is his mute nephew. Aboard the ship, Christopher also meets Leonardo Mousekins, a brown talking mouse who acts as his guide. The pirates tell Christopher that he must pretend to be mute during the voyage to the island of Tortola and say nothing of their plot or they’ll kill him. Later, a storm rocks the ship, and the admiral on board suffers a gunshot wound; Christopher fetches the ship’s surgeon in time to save him, winning the admiration of Capt. Hughes, Lucy and the crew. Eventually, Christopher tells Lucy he isn’t mute, and the girl alerts her father to the traitors on board who plan to hand over the ship to the pirate Red Blade, captain of the Dragon’s Breath. Christopher tries to bring the mutineers to justice, uncover lost treasures, retain the affection of his new friends, and make a home with a new family. Readers will discover several story elements here that seem vaguely familiar. Christopher, for example, seems to embody both the courageous John Darling from J.M. Barrie’s Peter Pan, and the good-natured Christopher Robin from A.A. Milne’s Winnie-the-Pooh. Leo appears to be an amalgam of Feivel Mousekewitz from the 1986 film An American Tail and Jiminy Cricket from Pinocchio (1940). Other elements, such as the voyage to Tortola and the discovery of buried treasure, seem to borrow inspiration from the Pirates of the Caribbean franchise. Yet, despite these familiar notes, Campbell’s novel is a delightful symphony for children, tuned with evocative prose that conjures images of the seafaring life:  “[O]n top of a mound of molding fishnets, a fat street cat sat contentedly, cleaning his paws.”

A satisfying, well-told story of an orphan boy who escapes the clutches of his pirate abductors, proves himself courageous and finds the real treasure of family.