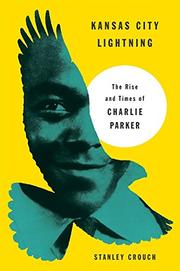 The Rise and Times of Charlie Parker

A veteran cultural critic and jazz historian tells the simultaneous stories of the rise of jazz and the emergence of one of its brightest comets, Charlie Parker (1920–1955).

Crouch (Considering Genius: Writings on Jazz, 2006, etc.), whose journalism has appeared in just about every major venue and whose books have earned widespread critical appreciation, is uniquely qualified to guide readers on this tour. He begins in Des Moines, Iowa, where Parker, 21, was touring with the Jay McShann Orchestra. Here, we get an early hint of troubles to come when Crouch notes that Parker’s “disappearing acts were his specialty.” Hard drugs would limit Parker’s ascension and eventually bring him down. But Crouch’s agenda comprises not just the story of the early Parker. He tells the tales of towns (New Orleans, Kansas City, Chicago, New York), of ragtime and jazz legends (Scott Joplin, King Oliver, Louis Armstrong, Art Tatum and others of lesser name but considerable significance), and of families and friends. We see Parker’s impecunious struggles to learn his instrument (alto sax), his repeated visits to the pawn shop (morphine was not free), his experiences of having to borrow other players’ instruments, his gift as a musician, his ferocious work ethic (striving to find his own sound) and his transformation into a dweller of the night. We learn, as well, about his youthful love affair that eventually became his first marriage. He became a father and then left his family to pursue his dreams, which no longer included them. Crouch takes us with Parker to Chicago and then to New York City, where he was just about to make it when the story stops. Crouch is a phrasemaker, and the text is chockablock with memorable lines. A friend’s death “was like drinking a cup of blues made of razor blades.”

A story rich in musical history and poignant with dramatic irony.