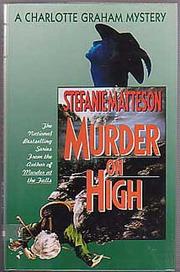 Quite a surprise for 70ish actress Charlotte Graham as she waits between roles in Bridge Harbor, Maine: The Iris Richards who fell during an ascent of Maine's highest peak was (1) Charlotte's longtime screenwriter Iris O'Connor, and (2) shot with a crossbow. Naturally, Charlotte investigates (she's had paperback experience in such cases), agreeing with the local law that the murder must be connected to the prankster who's been scaring elderly female campers by masquerading as the Native American spirit Pamola. It isn't, but Charlotte doesn't find that out until an extended display of local color (Maine, mountaineering, Thoreau) and ponderous literacy (``Iris may have forsaken her old life, but she wasn't incognizant of her place in history'') ends when the police arrest the prankster, and Charlotte dusts herself off and starts over again—this time with the testimony to HUAC that drove Iris into retirement in 1953. This is an altogether more promising trail that will lead to painful new insights about Iris, Charlotte, and Charlotte's beloved co-star Linc Crawford (clearly Spencer Tracy to Charlotte's Katharine Hepburn). Charlotte, in her hardcover debut, is a competent enough detective—though this desultory adventure won't make you wonder why Hepburn didn't make whodunits.