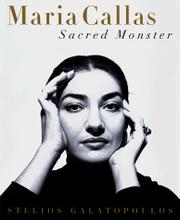 A personal friend of the celebrated opera singer offers a pedestrian but solid biography notable for extensive quotes from Callas’s own reflections on her life and career. The basic facts are well known. Galatopoulos (Italia Opera, not reviewed, etc.), a music critic and biographer who first met the soprano in 1947, maintains a respectful—indeed, rather dull—tone as he sketches the familiar tale: unhappy childhood in New York and Athens; pushed as a musical prodigy by her domineering mother; brilliant, controversial success in the1950s as a passionate singing actress unafraid to make harsh sounds if they served the cause of characterization; her liaison with Aristotle Onassis; increasing vocal problems that led to her retirement from the operatic stage in 1965; and sudden death, probably from heart failure, at the age of 53 in 1977. Taking a Maria’s-eye view, the author presents every cancellation as due to ill health or a hostile management’s unreasonable demands; the break-up of her marriage as the result of her husband’s money-grubbing (the affair with Onassis began later, she claimed); the famous feuds as media exaggerations (she even liked fellow diva Renata Tebaldi, at first). None of this is especially interesting or convincing, but the author’s obvious personal investment in Callas is justified by the marvelous material he elicited from her about her work. Lengthy quotations reveal the diva’s sharp intelligence, her reverence for opera’s history and traditions, her emotional engagement with each role, and her complete dedication to fulfilling the composer’s intentions. Galatopoulos’s enthusiastic descriptions of Callas’s greatest performances—in Norma, Medea, Tosca; as Violetta in La Traviata—make her genius live for those who never saw her. Neither the writing nor the thinking are sophisticated enough to make this a great biography, but to emphasize Callas’s revolutionary artistry over her private affairs makes for a refreshing change from lurid pieces of recent pop-psych speculation (e.g., Arianna Stassinopoulos’s Maria Callas, l981). (100 b&w photos, not seen)