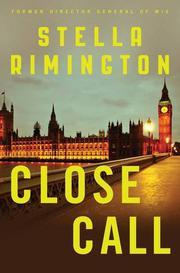 In her eighth world-class headache, Liz Carlyle and the rest of MI5 (The Geneva Trap, 2012, etc.) tangle with a ring that deals weapons to the worst kind of people.

As you may have noticed from recent headlines, the Arab Spring didn’t exactly square everything away in the Middle East—certainly not in Liz’s corner of the world. Andy Bokus, head of the CIA in London, delivers the unhappy news that despite the arms embargo to Yemen, someone his agency has code named “Pigot” is smuggling arms there through England, ultimately placing them in the eager hands of jihadis. Even worse, the best intelligence identifies Pigot as Antoine Milraud, a disgraced French ex–intelligence officer whose sense of tradecraft and contacts around the world make him doubly dangerous. Andy’s former deputy, Miles Brookhaven, is patiently extracting information from “Donation,” Yemeni Trade Minister Jamaal Baakrime, but Donation’s leads, slow to come under ideal conditions, grind to a halt when his son is killed. So the best hope for Liz and her French and American counterparts is to stay on Milraud’s tail even though their elusive target is equally slow to incriminate himself or anyone else. Can it get any worse? Indeed it can. The longer Liz stays on the case, the more convinced she becomes that James McManus, Deputy Head of Special Branch in Greater Manchester, is in cahoots with unsavory club owner Lester Jackson, who’s expanding his interests from drugs and prostitution to the arms trade. Liz’s fling with James McManus, who befriended and bedded her when she was seconded long ago to the Merseyside Police, didn’t end well, but she never imagined he’d cross this line. The concatenation of evil threatens not only the new world order, but Liz’s nearest and dearest.

Like most of Liz’s adventures, this one is conscientious and unspectacular, with little suggestion of significant moral or psychological depths below the professionalism. Rimington’s biggest talent lies in her uncanny knack for choosing the hot-button issues to hang her stories on.