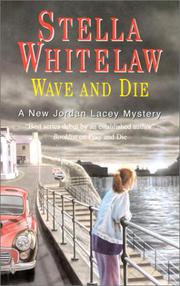 Young Jordan Lacey (Pray and Die, 2001) has her goals. Some seem reasonable enough. After all, why shouldn’t a slightly-too-principled ex-copper make enough as a private eye to support the modest office of First Class Investigations, plus two bedsits, in the cozy southern seacoast town of Latching? All she needs to earn her keep is find the occasional lost tortoise, locate the wedding cake stolen from the Women’s Institute booth at the West Sussex Agricultural Show, and discover whether Hilary Fenwick’s estate-agent husband is really having an affair. Others are a farther reach. To earn the Morris Minor she craves (painted red with ladybug spots), she has to crack the case of Latching Water Garden’s 10,000 purloined water lilies, snatched from under the nose of owner Terence Lucan. But the most desirable goal of all is also the most elusive. What Jordan most wants—daydreams about, lusts after—is handsome, remote DI James. James, on the other hand, is all police business, especially after a fire at Fenwick Future Homes reveals in the vault the corpse of Adrian Fenwick, Hilary’s errant husband, and Lacey’s bicycle is spotted outside the scene of the crime with a can of petrol dangling from the handlebars. Then Lacey’s most urgent goal becomes survival—even if that means solving the gruesome murder herself.

By allowing her obsession with James to saturate Lacey’s thought rather than run alongside it, Whitelaw creates a convincing heroine who’s worthy of solving this ingenious puzzle.