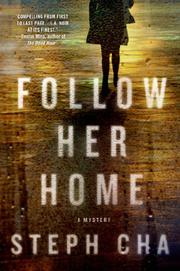 A young woman’s obsession with a fictional detective involves her in a real-life murder.

Los Angeles–based Korean-American Juniper Song has been friends since high school with Luke Cook, the son of a wealthy lawyer who supports his ambitions as a filmmaker. Luke and Song went to Yale, where they met Diego, who became the third member of their group and, for a while, Song’s boyfriend. After graduating from law school, Diego married and went to work for Cook Senior’s law firm. Song’s ambitious career path changed when, after she left for college, her younger sister was seduced by a teacher and eventually committed suicide. Now she drifts, working as a tutor and hanging out with Luke while constantly rereading the novels of Raymond Chandler. When Luke asks her to find out if Lori Lim, a very young Korean girl who works for the law firm, is sleeping with his father, Song agrees, thinking that all the years she’s spent with Philip Marlowe will give her a leg up on sleuthing. Song takes the drunken Lori home but is sapped in her driveway and awakens in another part of town. After she gets Luke to take her back to her car, she discovers the body of another employee of the firm in her trunk. Threatened by a smooth-talking stranger who knows a lot about her family, Song calls on Luke and Diego for help, only to get Diego murdered for his trouble. Song, who can’t help seeing something of the sister she thinks she failed in Lori, is determined to untangle the mystery that’s already claimed one of her dearest friends.

Cha’s debut updates Marlowe’s dark and dangerous LA to modern times while keeping the quirky characters and a twisty mystery that will hold readers to the bitter end.