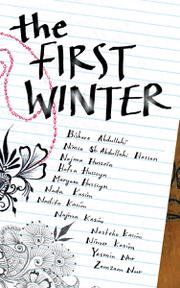 Stories of Survival by Experienced Hearts

United ReSisters, a group of young Somali American women living in Green Bay, Wisconsin, has become an active and important part of the social and cultural life of the predominantly white community. In a moving collection of reflections, poems, conversations, and letters, 12 forthright members of the group share their experiences escaping from Somalia’s civil war, living in refugee camps in Ethiopia and Kenya, struggling as newcomers to the United States (including first encountering cold and snow), and working to achieve their dreams for the future. Prominent among the group are the Kasim sisters—Nada, Nadifo, Nimo, Nasteho, and Najma—who arrived in the U.S. in 2014 after seven years in a refugee camp where, Najma recalled, “the food wasn’t enough for one meal a day,” and water was scarce. Still, they felt a sense of community that sustained them as they waited to emigrate. All the contributors speak to their desire for acceptance while still honoring their customs and religion; all wish Americans could be more open about understanding them rather than imposing assumptions about Africans or Muslims. Sometimes, they felt like “leftovers.” “I wanted so badly to be accepted into this new society,” confesses Hafsa Husseyn, although acceptance was sometimes a challenge. Her sister Maryam echoes other contributors by showing uncommon patience in confronting prejudice: “I am human, and you are, too,” she writes in an open letter titled “Hello Stranger.” Some Americans could not understand—or accept—their custom of wearing the head covering called hijab: “Some think I’m forced to wear hijab,” Nada Kasim writes, or believe that it reflects religious fundamentalism, neither of which is true. Other Americans do not understand fasting for Ramadan. “Fasting,” explains Nasteho Kasim, “is a way to learn patience, break bad habits, and even ease anger.” Afterwords by ReSisters’ co-facilitators underscore the young women’s commitment and courage.