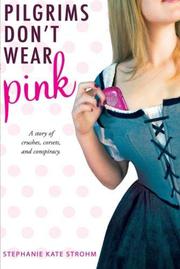 Readers willing to put aside literary qualms will find themselves set for a summer afternoon with this undemanding romance.

History-obsessed fashion maven Libby is thrilled at the prospect of spending her summer at the Camden Harbor 18th-century living-history museum in Maine. But her insane roommate never leaves character, and electronics are forbidden, so when a museum employee is needed to chaperone a cub reporter investigating ghost sightings on one of the museum's ships, she jumps at the opportunity. Garrett may be a Star Trek–loving nerd, but she'll be able to use her cell phone when she's off duty. Libby enjoys her job as counselor for Girls of Long Ago Camp, and she loves the attention she's getting from hot demo sailor Cam. References aplenty to Jane Austen and Scooby-Doo will clue readers in to the resolutions of both the romance and the mystery, but it's a breezy ride despite the total lack of suspense. Strohm has a good sense of slapstick and an ear for one-liners. In describing her Fourth-of-July costume, Libby remarks that "[i]t looked like America had thrown up on me." While Libby's air-headedness never quite jibes with her professed love of history, she is nevertheless likable, if pretty one-dimensional.

Good fun for readers willing to surrender to it.