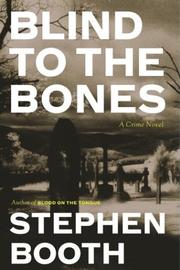 BLIND TO THE BONES

Unsolved murders are just the beginning of this bleak, perplexing tapestry of menace.

In their fourth outing (Blood on the Tongue, 2002, etc.), British investigative odd couple Diane Fry and Ben Cooper are dispatched to the remote moorland village of Withens to assure Sarah and Howard Renshaw that everything possible is being done to find their missing daughter, Emma. The unofficial but commonly held police belief is that 19-year-old Emma, who’s been missing for two years, was murdered. The Renshaws, however, live in a state of perpetual anticipation, speaking of their daughter in the present tense and expecting her imminent return home. The Renshaws’ vigil is only one of Withens’s many oddities. Fires occur randomly and without warning. The night air is regularly fouled not only by smoke but by random, unexplained screams. Many locals suspect that both these phenomena are the work of the unwieldy Oxley clan, which includes a brace of delinquent teenage boys. A rogue’s gallery of other suspects populate the region as well. When one of Emma’s former roommates is found murdered, with a peculiarly blackened face, Fry and Cooper intensify their probe. Booth also continues to chart the dynamics of the police squad, especially the relationship of the very private Sergeant Fry and the empathic Constable Cooper, which is tested when Fry’s long-estranged sister Angie shows up on Cooper’s doorstep.

Complex and challenging, but equally rewarding.