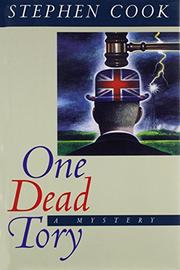 Why would bullying Conservative leader John Bullock miss a lunch meeting of the Beechley borough council? Because he's dead, that's why, and the South London woods are crawling with people who would have loved to give his body a push off Halliloo Hill. Borough Labour leader Barry Rutter and chief union steward Steve Ditchley loathed Bullock as a matter of course; members of his own party, like deputy leader Simon Pilkington, were jockeying with him for power on the council and a shot at the borough's seat in Parliament; his business partner, Nigel Damson, was still angry about being taken over and resented the smart new house Bullock had beaten him to; and there's always the possibility that Dorothy Bullock, a lonely Freemason widow, found out about the blackmailing prostitute her husband was paying to diaper and spank him. Sergeant Judy Best, who edges out her boss, Inspector Colin Borden, and his boss, Superintendent Bryan Manningbird, for detecting honors, soon finds out that local developer Derek Kingswood was in bed with Bullock (to the tune of ú200,000 in a numbered Swiss account)—but not that he's also very, very close to Supt. Manningbird. Despite fending off Borden's roving eye and bringing down the killer in a stormy climax, Best, muffled by the competition from her CID superiors, doesn't shine as a detective. Cook's nice line in sordid borough politics, though, lifts this entry above Dead Fit (1993), Best's sticky, forgettable debut.