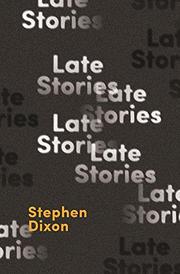 Why isn’t Dixon a household name? The author of more than 30 novels and collections of short stories, he is regarded, when he is regarded, as a “writer’s writer,” which is about as backhanded as a compliment can get. Yet his writing, which is plainspoken and deceptively straightforward, is the sort that sticks with you, because it cuts to the uncertainty of life. His new collection is a case in point: 31 linked stories about a writer named Philip Seidel, who is wrestling with the depredations of age. Seidel’s chronology and Dixon’s overlap—both live and work in Baltimore (Dixon taught writing at Johns Hopkins for many years) and both are recently widowed (Dixon’s wife, the poet and translator Anne Frydman, died of complications from multiple sclerosis in 2009). But don’t let that confuse you into thinking these efforts are thinly veiled autobiography. Rather, they offer moment-by-moment deep dives into longing and despair and forgetfulness, memory and fantasy. In the opening story, “Wife in Reverse,” Dixon traces the dynamic of a marriage in a page and a half, beginning with the death of the protagonist’s spouse and ending with their first meeting three decades before. In the second, he imagines the paralyzing loss of an adult child. What he is evoking is possibility, conditionality, the sense that everything could change, or fall apart, in any given instant. That this is the essence of fiction goes without saying; it has been the impetus behind Dixon’s project all along. And yet, in this stirring and heartfelt book, Dixon goes beyond loss into the kind of preservation that only literature can provide. That’s not to say his stories traffic in illusion; perhaps projection is a better word. “Remember” delineates, in excruciating detail, the slow forgetting of its aging protagonist (“He feels his fly. It’s open; forgot again. Makes him even more worried about himself”), while the stunning “Just What Is” and “Just What Is Not” investigate two sides of an affair that never was, highlighting the tension between inner and outer life. In the end, nothing happens, although, of course, everything does. Or, as Dixon observes in the transcendent “Missing Out,” which imagines an alternate life in which Seidel never met the wife who has left him widowed: “Nothing. I told you. It was all in my head. Was I in dreamland? You bet. Not that she would have been interested in me.”

Dixon is a master of the minor moments, the dreams and the disappointments, that transfigure every one of us.